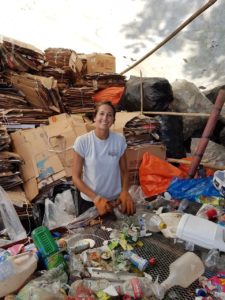 Morgan’s Blog – Morgan is a 27 year old volunteer from Canada, who is working for two months on our Environmental Education program in Puerto Jimenez, She’s an environmental sciences teacher in Canada with classroom experience. This is her first blog report. 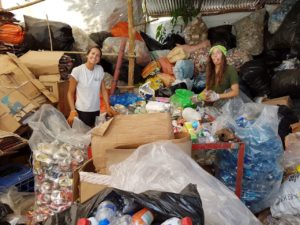 Morgan and Sara – both volunteers on the recycling project

Cycle 2 completed a similar lesson on distinguishing between recyclable versus non-recyclable items. They participated in a ‘jigsaw’ activity, where they brainstormed their answers to a variety of questions (for example, why is recycling important?) on a large poster paper.. This was to gauge what they already knew about recycling, and what we still needed to teach them. We found that many students knew that it was important but not why.

We have had to re-think the program as we anticipated having a projector for each lesson, but will not have access to it as thought. Some classes have a TV that connects to the computer with a cable but most do not.

We organised a more efficient system by communicating directly to each classroom teacher. Originally, the teachers brought the entire cycle into the yard, but we found it was too difficult and re-structured it so that we had each class for half an hour instead.

We attended an ASCONA (a local non-profit organization) meeting where we learned more about the Earth Day activities. They would like for the students to create a large Earth Day poster for the walk from the Library to the beach. The GIRO budget was approved. We also spoke about compost. Ifi (coordinator of ASCONA) has bins in San Jose that we can use (if we can organise transport).

At Corcovado school, the same lessons were run in English.

School was cancelled on Friday unfortunately due to water being shut off. That happens often in Costa Rica.

We obtained bags from the bakery and established an on-going system for them to donate around 5 bags a month to ASCONA. 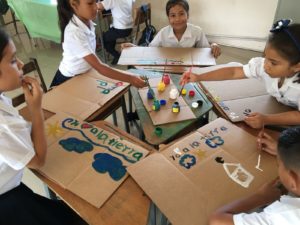 Kids at the environmental education program, painting for Earth Day

Although the program is developing slightly slower than anticipated (due to holidays and unprecedented events) we have ironed out the ‘logistical kinks’ and have cleared a path towards the implementation of the program. We will continue to teach students mainly about recyclables versus non-recyclables, and the importance of cleaning, compacting and separating recyclables.

Our goal is to have all recycling bins cleaned, painted and brought into the schools by Monday, the 16thof April.

We offer VERY LOW FEES to volunteer on our projects. Green Life Volunteers’ mission is to offer your real projects in which you only pay what is really needed for food and accommodation costs. A small part of your fee goes to GLV’s staff and services of setting up the volunteer project for you (organizational fees). The rest goes to the host family, project, and cause. Our projects really make a difference for communities, people and animals. 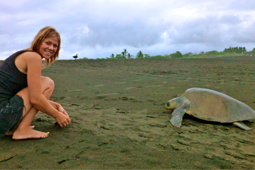 Turtle Season is ON right now on the Pacific Coast of Costa Rica, and we need volunteers! Sign up now, and do your turtle conservation volunteering this year. The Pacific side's season begins again in June and ends in December. Pura Vida!

We are on Abroad Reviews 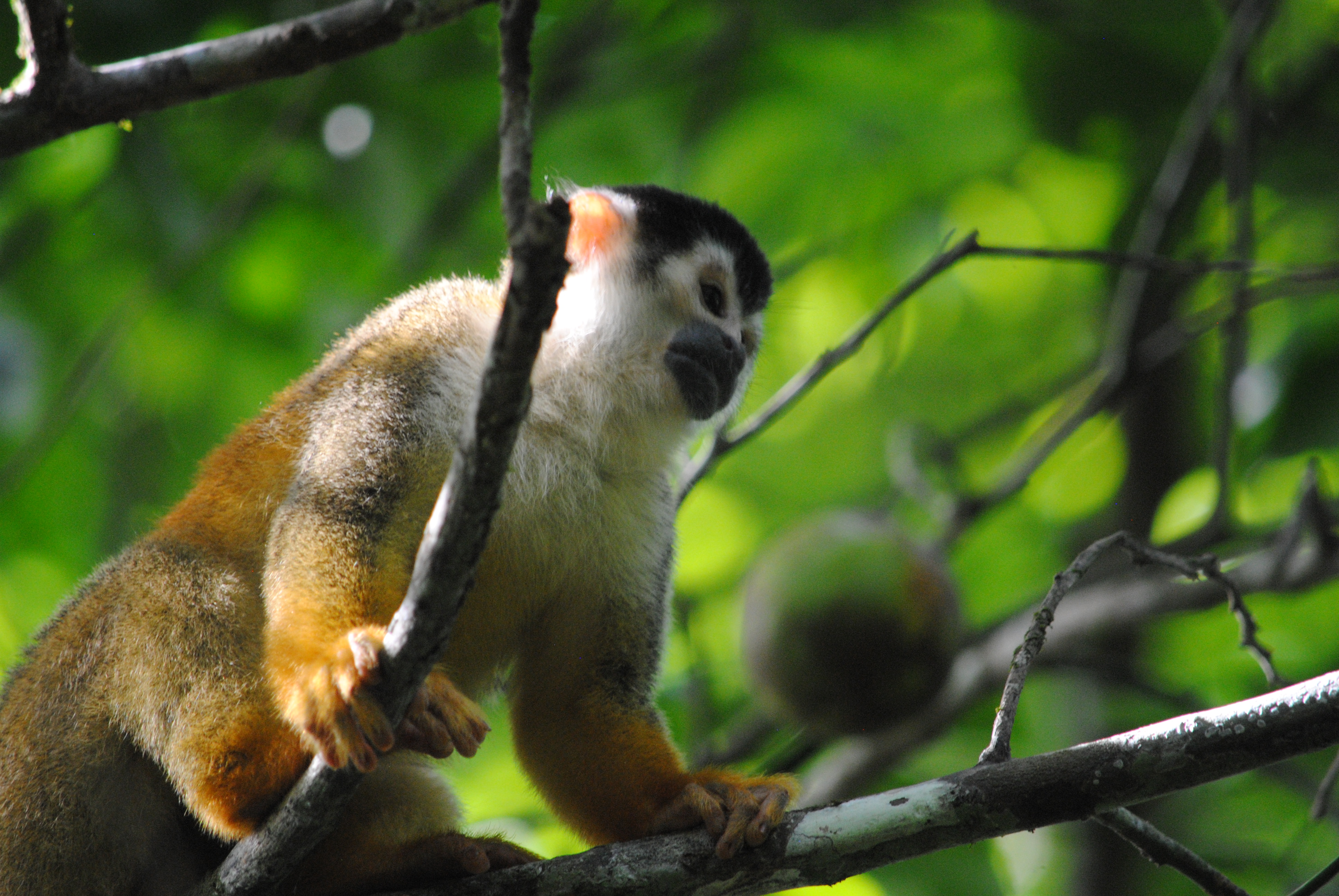 You may ask yourself, why should I choose Costa Rica as my volunteering destination? Below you’ll find some info on what Costa Rica has to offer, and why we think you should come and volunteer in this beautiful country.
Read more on Costa Rica here!

Subscribe and Receive Updates on Volunteer Opportunities in Costa Rica.

You have Successfully Subscribed!